I thought you might enjoy a few pictures of the phoenix. I've already sent one of my friend George Nielson warming up the new push truck. George has a 1965 narrow nose Pete that does about 115 mph in a quarter. It has an 8V92 detroit with twin turbos and nitus oxide. You might show these pictures to you dentist friend Doc Hemp. I'm also sending a few pictures of our wind tunnel and some bonneville pictures. 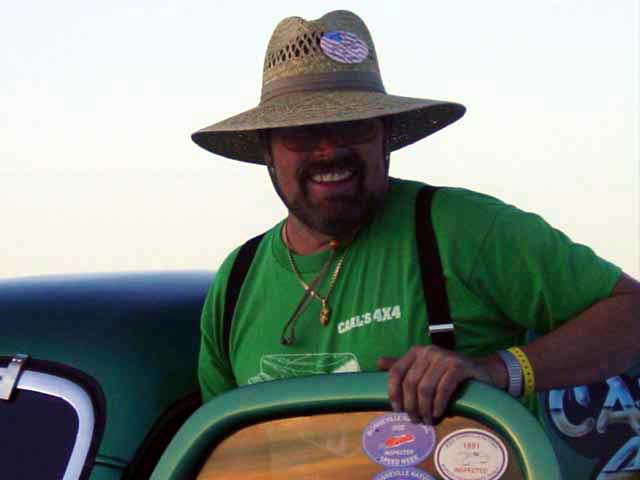 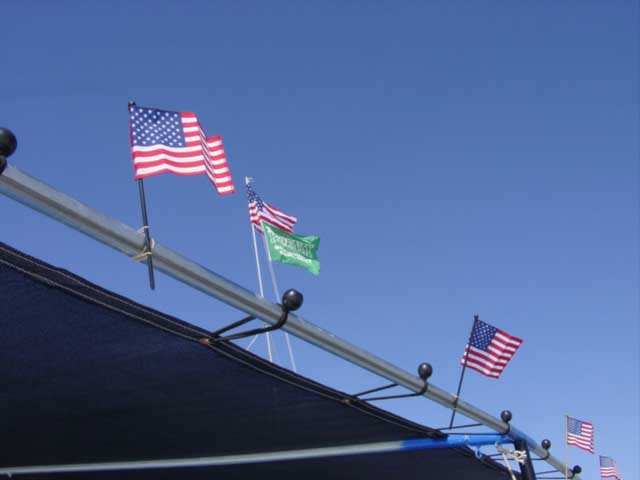 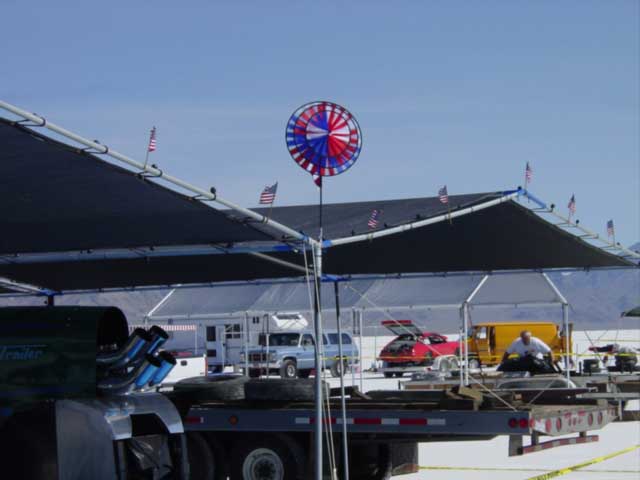 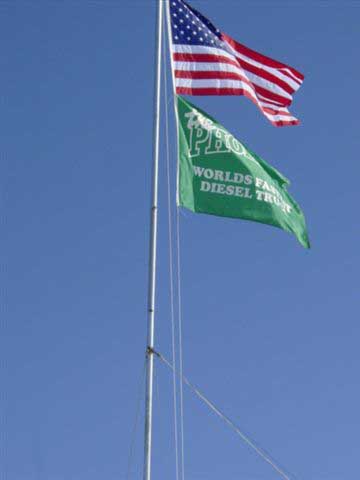 This site is part of & made possible by the B.A.D. CHARIOTS - (Harleys, Racing, Trains, Planes & Automobiles) and Doc Hemp's DENTAL SITE Homepages! So, Please visit Dave & Becky's other 150 urls there too! After visiting this great page of course! Also visit our world class hi-tech Music Room!

Subject: Phoenix Photo Date: Fri, 26 Jun 1998 15:37:02 -0500 From: Betty Slagle bslagle@bcm.tmc.edu To: dochemp@c-zone.net
Dear Dave and Becky,
I was surfing the net just now, looking for anything about the late R.B. Slagle and the Phoenix. I am his daughter, and wondered if you might have a print I could obtani of the picture you have posted on your internet site.
Thanks for your help.

Betty Slagle Division of Molecular Virology
Baylor College of Medicine
Houston, TX 77030
Subject: re: Phoenix Photo Date: Tue, 30 Jun 1998 10:05:36 -0500 From: "Slagle, Betty" bslagle@melnick.mvir.bcm.tmc.edu To: "'C. David Hemp, DDS'" dochemp@c-zone.net
Dear David,
Thanks for all your efforts in getting the picture of the Phoenix lined up. A scan and injet print would be great- it doesn't need to be laminated. Also, snail mail is also fine for this. My work address is listed at the bottom of this email.
My dad's hobby with the Phoenix generated a lot of interest, but the Phoenix wasn't what he considered his biggest accomlishment in life. He was most proud of having a successful log truck business- he said that that was a lot more of a challenge than designing and building the Phoenix. Lots of people miss him, that's for sure.
Thanks again for the picture. I really appreciate it.
Sincerely,
Betty


Subject: RE: Phoenix Photo Date: Thu, 2 Jul 1998 15:50:41 -0500 From: "Slagle, Betty" bslagle@melnick.mvir.bcm.tmc.edu To: "'C. David Hemp DDS Inc.'" dochemp@c-zone.net
Dave,
| Thanks for all your effort. I was interested in the photo because of the people in it- I have several of the Phoenix itself.
I can get the photo from Carl without any difficulty. He has been very helpful to my mom, and we don't have any problem contacting him for the print now that I know he's the one who has it. By the way, Carl now owns my dad's pickup (which they tell me was more of an engineering marvel than the Phoenix itself. I don't know, because I'm not mechanically inclined!) The pickup was designed to pull the Phoenix back to Utah for the races.
Thanks again for everything.
Sincerely,
Betty

I was told about this site by Mrs.Slagle, and thought I would give you an update on what is happening with The Phoenix. First of all I want to thank you for having such a nice web site and including The Phoenix in it.

We took the truck to Bonneville in August 1998 and after a few problems were able to complete the measured mile with an average speed of 232 mph and an exit, or terminal speed of 239 mph. This was 6 mph faster than the record for an ulimited diesel truck but unfortunately the engine was damaged and we couldn't make a second run and back up our first. We did manage to make the needed repairs and were ready to go again when the rains came and forced the end of the meet.

Currently the truck is in a container and on its way to Essen, Germany where it will be on display at the Essen Motorshow and be available for the 310,000 people who attend the event to see it.

We will return to the salt in August of next year and attempt to break the record for a diesel truck.

All of the peole associated with The Phoenix and with salt flat racing lost a true friend when R.B.Slagle passed away. We all miss him a great deal and it is in his memory that we continue to achieve our goals.

My name is Alan Kolkow. I am originally from Grants Pass, OR, and I used to work with Bob Slagle. My father operated log loader for Spalding and loaded Bob's trucks for close to 20 years.And at one time I was a member of the Caveman 4 Wheelers. I used to play off-road with Carl Heap and the rest of the bunch from Walt & Jon's.

The main reason I am writing is that I heard that the Phoenix was retired and put in a museum after Carl and Bob passed away. I never did get to actually see this vehicle in person. If it is a museum, where could I go and view it? My Parents never did tell it is.

Could you help me?

I would very much appreciate it.


Another Update 9/16/07 .... My pal Jim Goff passed away this year .... another gear head and speed freak buddy of mine gone. Jim always had the fastest Harley, boat, cars, etc. When he was last in the hospital last year before he went home I visited him there and on the way stopped by Radio Shack and bought him a R/C 4WD car that could roll over and still keep going ... he was chasing the nurses and doctors all over the hospital with that ... life is fragile friends ... and on this earth it is the journey that really counts "Life is not measured by the number of breaths we take" ...... "But by the moments that take our breath away!" Author unknown. ... Jimbo ... I miss you ... miss you stopping by the office any time you damn well pleased ... all excited about your latest project!

Dorinda, Jim's wife and also always a great friend of Becky and myself, still comes in and made us a wonderful railroad quilt recently that is hanging in our train room at our dental office.