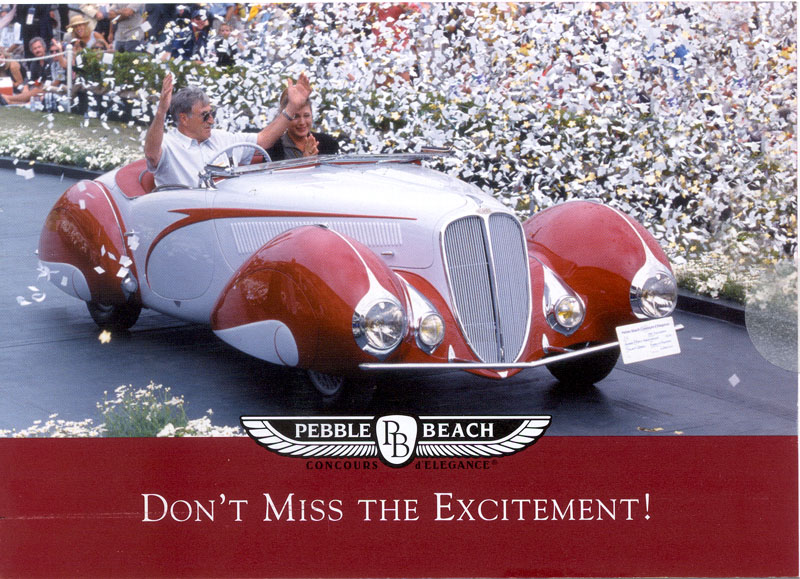 Please click on the current 2006 photo above of Jacques Harguindeguy and his daughter Debra Wall sent to everyone this year from Pebble Beach (after perusing the rest of this page) ... to see all the cool stuff I have put up on the internet for our great friends Jacques and Betty Harguineguy ... There you will have all the links and background into Jacques Best of Show for Pebbles 50th .... This was a great year for both of us ... Blackie our 1933 Packard was invited to Pebble for Packard's 100th anniversary the year before was on the cover of the special edition of Show Case Magazine all on Pebble's first 50 years that was passed out at the gate .. (see below)

I am rededicating this 50th Anniversary Site to Jacques Harguindeguy, Jules Heumann and to us, "Doc" and Becky Hemp ... Without Becky's support none of this internet nonsense would have ever happened! ( ; >) ... Also .. In an amazing coincidence .. Jacques, myself, and Jules all have the same birthday!! Jan 27th ... although I have the distinction of being the youngest and most handsome of the group ( ; >) .... So, you can blame her!

Jacques and Jules have been Icons at Pebble Beach who between them have been, seen, won and done it all! They have both been a huge part of the Pebble Beach Concours since the mid 60's along with Lorin Tryon. And, thank you Lorin who I have dedicated my Classic Car Site to
In a million years when they dig up the site at Pebble Beach instead of Dinosaurs they will find these 3 fine gentleman instead! ( ; >) 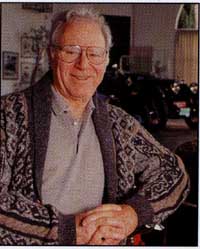 This was Pebble Beach's finest hour! Featured were most of the " BEST OF SHOW' cars from all of their previous Concours which I have some photos of below. It was especially great this year for Becky and myself "Doc" Hemp as we had set up a website about a year ago for our friend Jacques Harguindeguy about a most rare and wonderful 1937 Delahaye Figoni Filashi. It showed the car as found and showed the entire restoration process which culmanated in his First in class and (click here) "BEST OF SHOW WIN" at Pebble this year! We sat near the car with Jacques & Debra his daughter during the show. We also had the pleasure of meeting Claude Figoni, John Paul, Robert Sarrailh, and many many others.

Go to Retromobile Car Show Paris France
The Pebble Beach of Europe - Feb 9-18, 2001
After visiting this Site first of course

Below are many photos of Becky's and my favorite cars and photos that try to show the sites and feelings you get at the greatest car show on earth ... this year 15,000 paid $100 each to attend and next year all tickets must be purchased in ADVANCE ... Please take note ... you can order them from Pebble Beaches Official Home Page ... (click here) ... tell em Doc Hemp Sentcha! 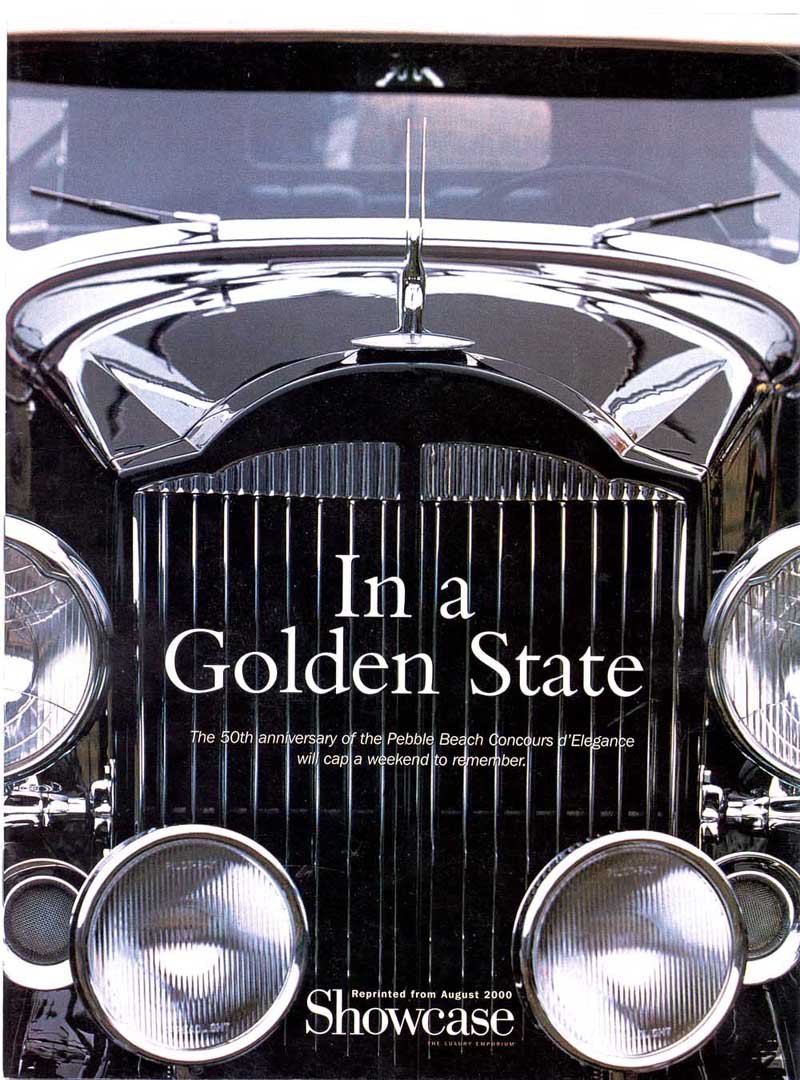 The car featured on the above cover of Showcase Magazine August 2000 Honoring the 50th Anniversary this year of the Pebble Beach Concours is of "BLACKIE" Our very rare 1933 Pacard Dual Cowl Sport Phaeton> Taken by Jerry Wyszatycki at last years 49th Concours de Elegance at Pebble Beach .. Text by Andy Baron and Keith Martin .. Andy is also the editor of this sibling Rob Report Magazine. You can order Showcase from Luxury Media Publications .... P.O. Box 1957 ... Marion, OH 43306
... tell em Doc Hemp Sentcha! ... Oh ... If you are a Packard Fan ... right click on the photo above and choose "Save to Desktop" ... try it .. It's cool!

Some of the previous Best of Show Cars

Nicholos Cage's Bugati above & Becky with the Mercer

An IN-N-OUT Burger with your Duesenberg ... what a perfect afternoon!

Some more Mercers (I think) getting an award

Above a pal of mine .. Bob Burk .. of the Antique Studebaker Club and his Nephew Dave
With a 33 Packard 1004 victoria body.

Above is a 1933 Dietrich Chrysler Imperial Dual Cowl Phaeton
And a 33 Auburn 12 cylinder Phaeton ... Both favorites of ours

Dear Doc:
That was a very kind gesture for you to have dedicated your new web page on Pebble to me. I appreciate your sentiment very much.