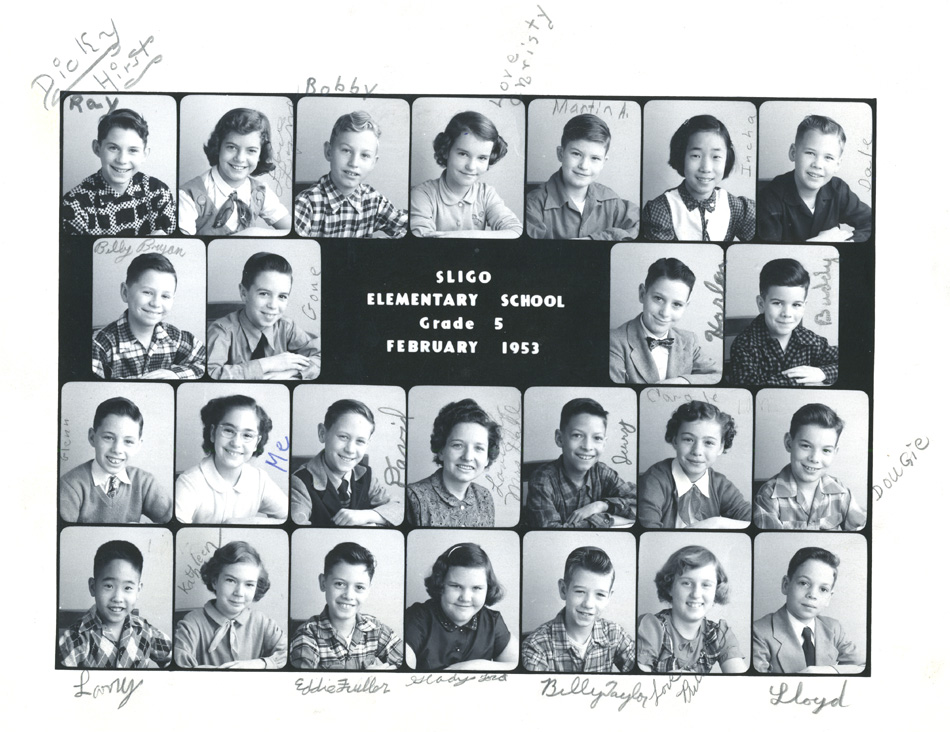 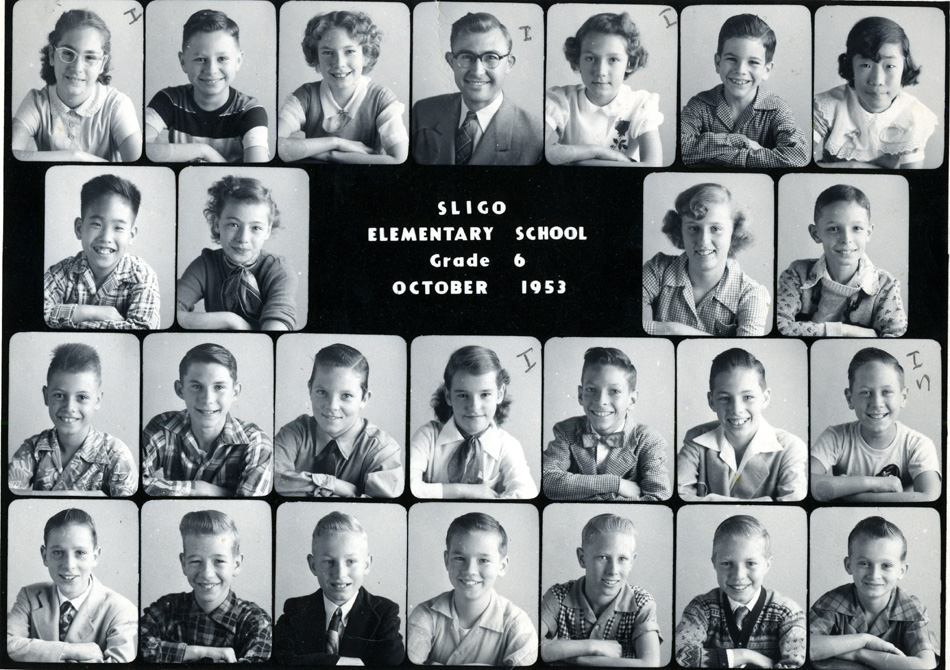 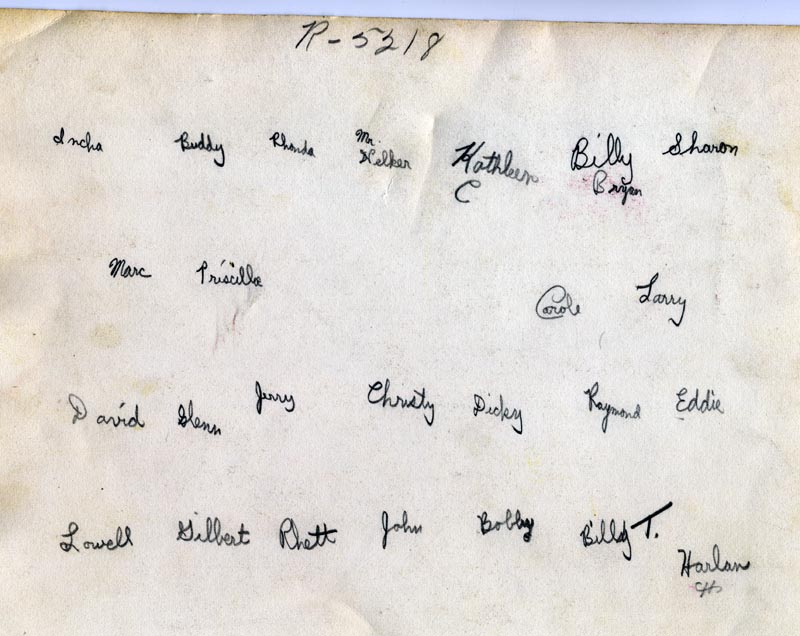 This was on the back of the 6th grade class photo ... so the upper left name is for the upper rt photo, etc.

Our teacher in the 6th grade was Mr. Welker ... He was a very HARSH (but probably very good) teacher

One story I have to tell is about when he would dismiss the class one row at a time to go out in the hall to get a drink of water ... Doug Wiliber (now an attorney in Loma Linda area I think) & Glenn Culpepper also now an attorney (back east I think) sat in front of me in the 6th grade ... We were in the last row to go ... We were not to even speak at all when out in the hall while in line to get a drink at the water fountain ... I was the last in line ... Mr. Welker wore these soft rubber soled shoes ... he happened to follow me out unbeknownst to me ... I said a nasty remark about him to Glenn ... as Glenn turned around to respond I saw the terror in his eyes ... the next thing I knew Mr. Welker had grabbed me by my hair and was swinging me around and around in big circles and when he let me go I went sliding down the hall on the seat of my shinny pants ...
I also remember Glenn pinching his finger in the bathroom door really bad ..

Clyde Roggenkamp (a dentist and faculty member now at LLU dental school) a year ahead of me at Sligo also told me a story about a time when their class went out at night to star gaze... it was over cast and Mr. Welker said ... well ...guess we we won't see any stars tonight ... upon which Clyde thought to himself ... well at least you will as he bounced a big spit wadd from a rubber band off Mr. Welker's head ... I never did hear what happened after that or if he got caught or not .... Maybe that's why Clyde doesn't have very much hair left, Grin ...

Return to our Dental Site

Go to our Shenandoah Valley Academy Class of 60 Site